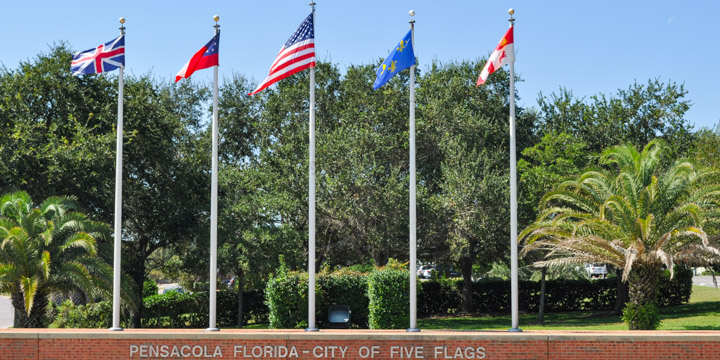 Everyone who lives or vacations in Pensacola, Florida, knows it is special. Yet, for the curious, there are many unknown facts about Pensacola and its history to be discovered. On July 17, Pensacola will celebrate its 200-year anniversary as part of the United States. To celebrate, below are some lesser-known facts about this historic city.

1. The history of Pensacola can be traced to when it was first sighted by Juan Ponce de Leon in 1513.

2. Pensacola was originally pronounced Panzacola. This name was told to Spanish military officer Juan Jordan de Reina by local Native Americans in 1698. Panzacola is thought to be the name of that local tribe.

3. The white sand beaches in Pensacola and surrounding coastal areas get their color from fine ground quartz crystal. The crystal comes all the way from the Appalachian Mountains by way of a river. It spreads out in the Gulf of Mexico and ends up on the beaches from Panama City to Eastern Alabama.

4. The world’s largest artificial coral reef is off the coast of Pensacola. The USS Oriskany aircraft carrier sits in its final resting place 28 miles off the coast. It is nicknamed “The Great Carrier Reef” and is a renowned deep-water dive site.

5. For those considering calling Pensacola home, the city boasts the shortest average commute time in the country at only 19 minutes, has a 5.80% lower cost of living than the U.S. national average, and has approximately 220 sunny days per year!